Disability was no deterrence to her passion 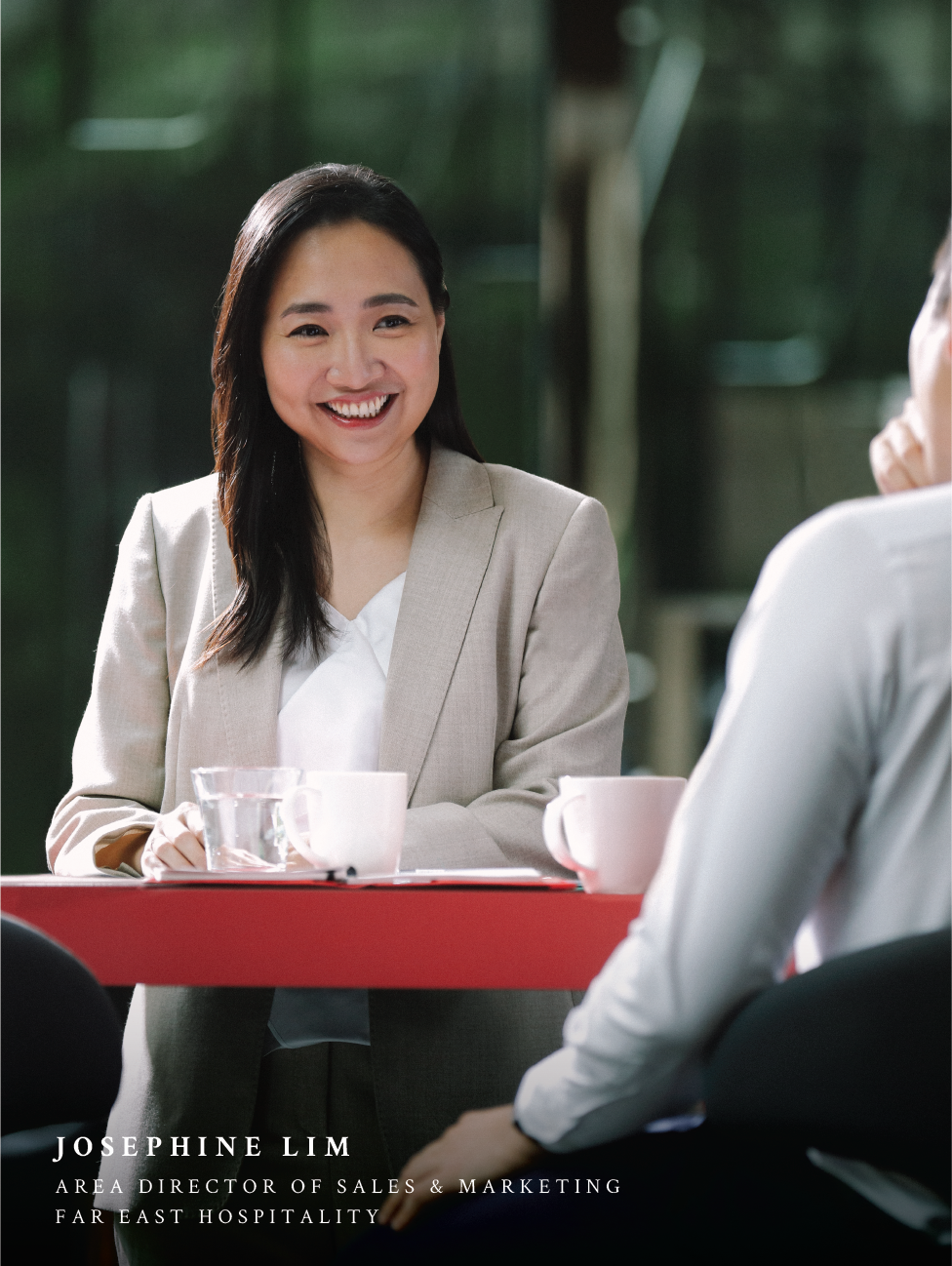 At 16 years old, I thought that my dreams of entering the hospitality industry were over.

“When the doctor told me that my retina deterioration was incurable, I was devastated.”

Unfortunately for me, this eye condition is so rare that it’s impossible to find enough patients to research on, and so, no cure has been found. I can still see clearly up to one metre, and according to the doctors, that’s the worst it will get. Thankfully, there is that silver lining that I will never lose my sight completely.

FROM EXECUTIVE HOUSEKEEPER TO CINEMA EXECUTIVE After an internship experience at the Sheraton Towers during my hospitality course in SHATEC, I was inspired to be a housekeeper. Organising linens, fluffing up pillows and dusting the curtains – it gave me satisfaction. After graduating, I applied to one hotel after another, determined to work as a housekeeper. But the economy was bad and they told me there was no vacancy.

Eventually, a very kind manager hired me as a business centre secretary for the hotel, despite knowing my condition. Back then, everything was run through fax machines. During an 8-hour work day, I could have easily faxed 300 documents. It’s easy. Key in the numbers, and off you go.

But I am someone who is never contented with where I am. I wanted to keep growing and reaching greater heights. So, I kept looking for other jobs.

I got a job at a cinema. They had an F&B component to the theatres, which I felt was more relevant for a SHATEC graduate like me. I was a cinema executive, responsible for the whole cinema operations. I liked it at first.

After a few double midnight shifts in the cinema during Chinese New Year, I decided, I could not see myself doing this forever. At the end of the day, I still wanted to work in a hotel, so I started applying for jobs again.

REJECTION NEVER STOPPED MY AMBITION I was once rejected for a hotel catering sales position because I didn’t have enough experience. Unwilling to let that get me down, I worked at an events company to gain experience. Then, I reapplied for the same role a year later.

This time, I thought the interview went well. But suddenly, the Director of Sales pulled me aside. I was so scared, I thought, that’s it, there goes my chance.

“Josephine, I think you’re more suitable for room sales instead.” I was astounded. I had no idea what Room Sales was, nor what the department did!

TENACITY HELPS ME OVERCOME MY LIMITATIONS When I was working at Royal Plaza on Scotts, I had a new manager with really high expectations. In our first conversation, I told her to disregard my disability and treat me like any other employee. And she did.

She pushed me harder than I thought possible. When I look back at it now, I realized that it was all for my own good. She saw the strength and potential in me and motivated me to achieve my dreams of progressing up the career ladder. In fact, I was promoted twice when I was there!

HOSPITALITY INDUSTRY HAS BEEN MY LIFE FOR MORE THAN 20 YEARS I worked at Royal Plaza on Scotts for almost 10 years, then at the Amara Hotel for another three, and now, I have been working with Far East Hospitality, leading the Room Sales Team for The Elizabeth Hotel and Quincy Hotel for almost two years.

It wasn’t always a walk in the park, but I feel like I am surrounded by angels. My superiors, team members and colleagues in Far East Hospitality are very supportive and understood what I needed to do my job.

They provided equipment support, such as a large monitor to help me see better, and allowances to use my own iPad at work. The iPad has a “speak” function, so I won’t need to strain my eyes. At training sessions and corporate events, my colleagues would discreetly reserve a seat in the front for me!

What do I love about my current job? Strategy. As a Sales Director, I have to think of directions that will lead my team to success, and I love the challenge of it all!

When giving my team direction or instructing them on strategy, I have to take the company culture into consideration. At Far East Hospitality, we believe in doing business with grace. That means doing good business, but also doing good in business. I am truly fortunate to be a beneficiary in such a compassionate organization.

I think my whole career journey would not have been possible without positivity. I would have continued to dwell on my disability since I was 16. Then, I would never have succeeded in anything. But I believe, with determination and hard work, anybody can achieve their dreams.

SAY NO TO FEAR Having worked through 20 glorious years in an industry I love, I feel a sense of responsibility to pay it forward. To those who face similar situations, or other challenges, or even young people who are reaching for their hospitality dreams, my advice is: Never fear. Never, never fear. I can’t stress this enough, I’d say it in 4 languages: 不要怕. Jangan takut. No fear. பயமில்லை.